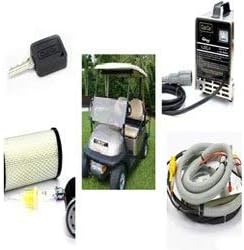 This Yellow Dog Design Frogs Roman Style Dog Harness about the history of print is worth the five minutes it takes to go through it. Just take it with a grain of salt. No, Benny Landa did not invent digital printing at IPEX in Beirut, Lebanon.

The page listing paper sizes is one of the most viewed ones on this site. Now that Google directly tells you how large an A4 page is on its search results page, that will not last. Coming up with something better is going to be difficult, however, since it already exists. Watch the video and prepare to be amazed.

This is an interesting book, even though it is academic and can be quite dry. It also stops 500 years after Gutenberg started printing and doesn’t cover the evolution after the second world war. I’ve used notes from reading it for a major update of the ‘History of printing‘ section of this site, especially the period from 1450 to 1800.

While doing that I stumbled across the video below about the history of the first printing press, hosted by Stephen Fry.

Whattheythink.com published this graph showing the evolution of the online print market in Europe. The growth varies by country, with southern Europe trailing the more northern countries.

In Late March 2021 PrintWeek put up a poll asking printers about their web-to-print plans. I find it odd that 17% of the respondents are only now looking into this.

The IKEA catalog is the most distributed book in the world. In 2013 over 200 million copies were printed. Meanwhile, that copy count may have gone down somewhat, as the company is experimenting in some countries with replacing the annual edition by seasonal mini-catalogs.

You can now browse the Swedish editions of all the catalogs from 1950 till now on the IKEA museum site. Below are the covers from every past decade. The sizes are not proportional, as I wanted to cram all of them in a single image with identical gutters. Note the jump from black and white to color, with the layout and color quality improving dramatically in the ’80s. Erase the date on the 1990 edition and you might convince me it is this year’s ‘retro catalog’.

I’m still fascinated by photochrome prints, so during the holidays I added a set of postcards of castles and palaces.

If you would like to know when new content appears on this site, please follow us. If you are somewhat less serious, consider following Prepress Pete, our in-house village idiot.

Older comments can be found here.

Prepressure is a notebook about prepress, printing and publishing. It covers PDF, fonts, file formats, design and anything else that catches my interest. Thanks for visiting!

A cookie is used to collect visitor statistics. The ads also use one. You are free to leave if you dislike their use.Got itActivate Paranoid Mode